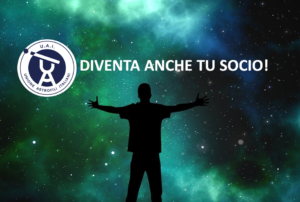 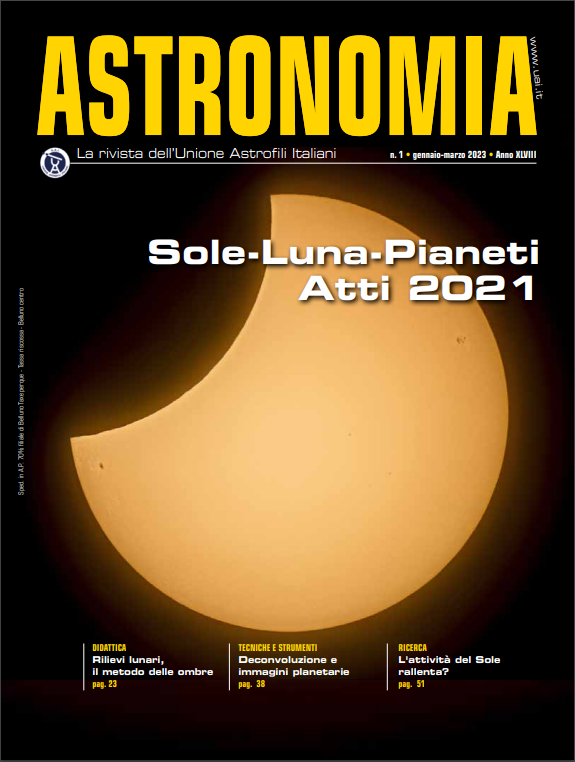 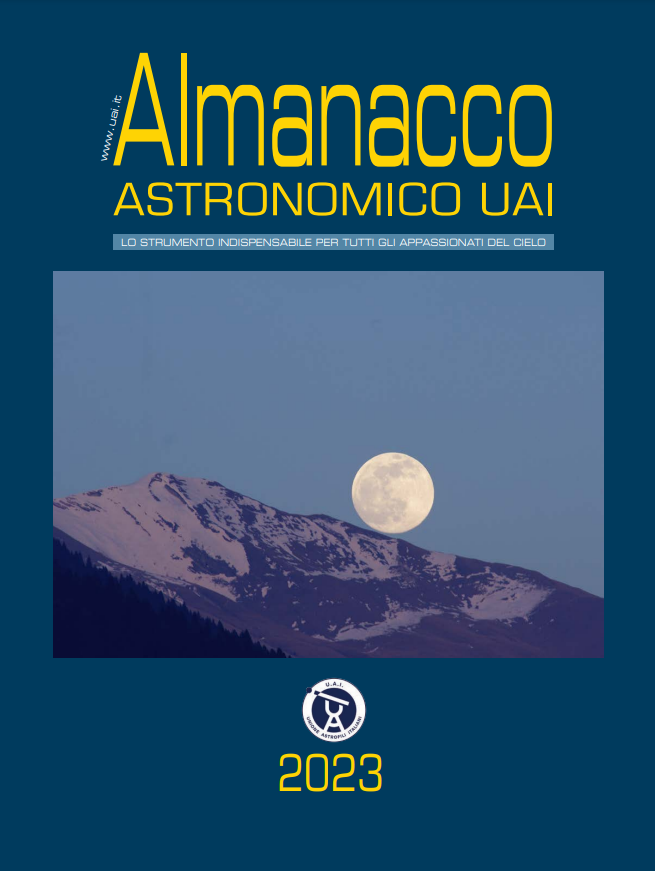 Unione Astrofili Italiani (Italian Amateur Astronomers Union – UAI), founded on November 5th, 1967 in Cremona, has been for over 50 years the main cultural, organizational and motivational reference for Italian astrophiles, or “astrophiles”, those who are passionate about astronomy and science in general.

UAI is a non-profit organization, a “social promotion association” (APS) registered in the national register of APS (law 383, December 7th, 2000) and pursues its mission of promoting astronomical and scientific culture by operating in constant and fruitful collaboration with professional astronomers, public and private research bodies and universities, school and education system, national and local public institutions, other associations and bodies / structures that share the same objectives and methodologies, even in related fields.

These objectives are pursued above all through the support, enhancement and coordination of the large network of local associations of astrophiles (about 250), of the Astronomical Observatories open to the public (about 80) and of the small Planetaria managed by astrophiles: a small “army” of citizen scientists at the service of Italian scientific culture!

Organizationally, UAI is made up of more than 60 territorial Delegations (Associations of astrophiles affiliated with UAI and autonomously constituted and operated at local level) as well as central structures (the general secretariat and the thematic commissions), which jointly operate in the conception, promotion and implementation of projects, initiatives and events in the various sectors of teaching, dissemination, amateur research, technical development, monitoring and fight against light pollution.

To find out more, discover the history of UAI in 12 steps or listen to the memories by the mouth of some of its protagonists (in Italian).

UAI truly offers the world of fans a “galaxy” of opportunities. Here is a brief “identity card” 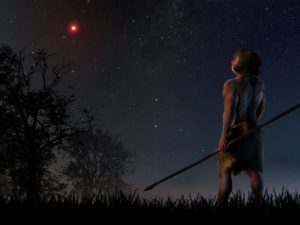 The astrophiles and the relevance of their associations in Italy

Since the dawn of civilization, man has always undergone the irresistible charm of the starry sky.

Observing his periodic phenomena, such as the cycle of the lunar phases, was essential for daily life, for example to determine the best time for sowing or to orient himself with the stars during navigation.

For centuries, turning your eyes to the starry sky has been a daily gesture, a habit that today is being lost and many, too many people almost “ignore” its existence. It is certainly a cultural problem, but light pollution also plays its part: just think that about a third of humanity (including 60% of Europeans and 80% of North Americans) has never been able to enjoy of one of the most beautiful natural spectacles: the Milky Way.

The 21st century Astrophile cultivates a passion that is complex but also stimulating for the  technical challenges and for the valuable contribution to scientific research. In addition to that, the astrophile remains the depositary of knowledge and a practice as old as man, with the fundamental mission of preserving, transmitting and sharing it as much as possible to a society that is increasingly distracted but at the at the same time increasingly in need of the “culture of the sky.”